The first question James Taylor usually gets asked is, “Like the singer?” If you twist his arm he will sing for you, but feel confident that “you’ve got a friend” in this James Taylor when it comes to managing your wealth.

James is a graduate of Boston University, class of 1977, where he received a BS in education. He initially taught at Madison Park High School in Roxbury, MA.

He continues to apply his educational background when it comes to creating and preserving wealth for his clients. He currently holds FINRA Series 7, 24, 63, and 65 securities registrations through Commonwealth Financial Network®.

James and his wife, Marie, a librarian, live in a suburb northwest of Boston. They are the parents to two adult children, Ian and Emily.

Many of James’s outside interests include his endless quest to improve his golf game, skiing, traveling, and his commitment to running.

James Taylor  is proud to have been recognized as a Founder’s Club advisor for 2020—a distinction based on annual production that places him among the top 37 percent of advisors affiliated with Commonwealth Financial Network.

Each year, Commonwealth, the broker/dealer–RIA that helps us process investment transactions on your behalf, recognizes Founder’s Club advisors by inviting them to an exclusive gathering of their peers, leading industry experts, and Commonwealth home office staff. Founder’s Club advisors benefit from an intensive learning and networking experience designed to help them hone their expertise, share best practices, and provide ever-higher levels of service, education, and leadership.

*Based on 10 objective eligibility and evaluation criteria, including a minimum of 5 years as an active credentialed financial professional, favorable regulatory and complaint history, accepts new clients, client retention rates, client assets administered, education, and professional designations. 2,362 Boston wealth managers were considered for the award; 713 (31 percent of candidates) were named 2013 Five Star Wealth Managers. (The criteria provided reflects the most recent year for which advisor received the award. The criteria used, the number of wealth managers considered for the award, and the percentage of those who receive the award, may vary from year to year). These awards are not indicative of the wealth managers' future performance. Your experiences may vary. For more information, please visit www.fivestarprofessional.com. 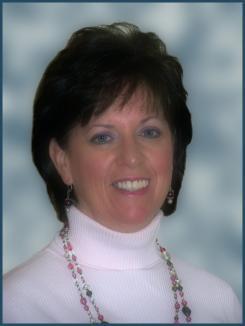 Sue Mitchell joined James Taylor and Commonwealth Financial Network® in April 2002. She is the director of operations and client services for the firm and oversees the administrative, operational, and marketing functions of the company.

In addition to holding FINRA Series 6 and 63 security registrations and life insurance license through Commonwealth Financial Network, Sue received her Registered Paraplanner certificate through the College for Financial Planning in 2009.

Sue and her husband, Mark, a facilities officer for a regional bank, are both Wakefield natives. She has two adult children, Sara and Jeffrey. Her greatest role is “Mimi” to her granddaughters Amelia and Alice.

Sue enjoys her early morning walking routine and occasionally participates in charity 5K walk/runs. She recently added yoga to her exercise routine and enjoys this time to quiet and center her life.